We’ve all said it, especially those of us in education.  “That kid…” followed by how he or she behaves, lacks achievement, or is frankly a hot mess.  Well, “that kid” is mine. All of his quirkiness, defiance, moodiness, creativity, and infectious smile, yep, he’s all mine.  I write about this, not so you can feel sorry for me (or him), but to embrace it and allow all other moms of “that kid” embrace it too.  It’s time for us to throw away the embarrassment, shame, and guilt. It’s time for us to celebrate the wins, even if it’s that we made it to school without a meltdown, and embrace that we’ve made it this far.  It’s time to stop paying attention to the tsk tsks and look these people in the eye and declare that “this kid” was given to me by God to love and protect. He (or she) is perfectly made in God’s eyes, just like your kid.

“That kid” may struggle to get along with his classmates in school or on the playground.

Maybe it’s because his brain is firing in all sorts of directions and he feels everything.  Like literally feels every blade of grass on his feet, through his shoes. When there’s transition, he struggles because he feels unsafe with change.  Maybe it’s that he becomes despondent when he gets lectured to because he isn’t on task or didn’t turn in his homework. And just so you know, from an early age, he realized he wasn’t like the others. He makes himself sick because he wants to be liked by the other kids. He knows he’s different, but he cannot be the same.

This is exactly how it has been for my “that kid.” Even as his mom, I struggled to understand him.  I struggled to communicate, nurture, and enjoy him the way that was best for him. I mean, I was new to this and part of being a mom is you want to be the perfect one.  You want the perfect kids…you don’t want your kid to be “that kid.” Until he is. Then you get scared, for yourself and for him. I know for me, I was “that mom.” The mom who tried to hide the trials of her own self as a mom as well as the behaviors of her son. The mom who tried to change her son so he could fit in and be someone different (somewhat selfishly and for his protection).  Then one day I had to stop. Because he wanted to stop. Living that is. He could no longer be “that kid.” He had shame, guilt, and pain. Pain so deep that he didn’t want o go on. You can’t even imagine how ashamed I felt for treating him as “that kid.” 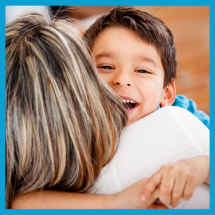 Of course as a mom, I still want to protect and control his life (I mean, I am pretty sure that’s every mom), but I know it’s not up to me. And even now “that kid” is an adult, yep he’s still “that kid.”  I don’t have the accolades that other moms brag about, but I still brag on his accolades. I don’t make excuses for where he is in life because he’s not doing what “the norm” is for kids his age. And I no longer hide his illness. Yes, he is ill. And his illness will never go away.  There is no cure. There’s only management. And you guessed it, I don’t get to control that either. I’ve learned a lot in the last (almost) ten years about mental health. I’ve learned a lot about being a mom to a child who has mental illness, yet I am far from an expert. I will say that there is a weight lifted off of me the more I share about it.  It becomes less scary. Sometimes that’s all it takes…to just say it (or write and share it with thousands) to take away its power. So here’s to “that kid” as he pushes forward through life in his way. And if you’re a mom to “that kid” like me, here’s to you. You are stronger than you will ever realize. You are a superhero. 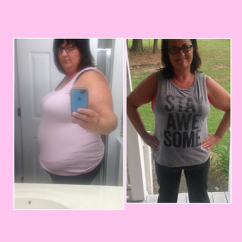